When I run Meetings that Matter, I challenge learners with this controversial idea:

There are only three types of meetings that matter.

1. A meeting to build understanding

2. A meeting to shape choices

3. A meeting to make decisions.

If your meeting is not one of those, carefully consider whether it needs to be a meeting, or whether you should use other tools instead (email, phone call, shared document, decision, 1:1, instant message, video memo, etc). I talk about the importance of being clear about decision rights and responsibilities, so people can act autonomously within their delegation and only the people who need to be in a meeting are called to be there.

The most common objection to this idea, which challenges the practice of holding large, unwieldy, frequent meetings, is about culture.

"But the value of connecting isn't always about what gets done in the meeting."

"It's nice to just catch up and build bonds with people."

"We need human connection to have a good culture."

I don't disagree with those things on the face of them, however: I don't think we should be relying on meetings to make them happen.

Culture is extremely important as we all struggle to get things done, retain staff and keep people engaged and fulfilled in their work.

But using work meetings as a stealth tool is counterproductive. It just adds to people's overwhelm. It creates stress, resentment and crowds out time for doing the work that needs doing.

If you're trying to build social bonds between team members..

Don't fill people's calendars with meetings willy nilly under the guise of productivity and create an exponential overhead that slows your entire organisation down.

Don't create an environment of back-to-back meetings that run over and start late and expect people to pick up the slack in their own time because you don't have a more creative way to allow people to form meaningful relationships.

Do something that's fun. If you want people to catch up, and you think that's important enough to use their work hours for, make space for that, call it that, and make it worth it.

Do hold events that bring people together. If you're trying to break down siloes, hold an event for that specific purpose, and create better processes, rather than a host of crappy working groups and committees that people come to actively avoid attending.

Meetings are for collaborative decision processes, not for socialising. If you value socialising enough to allow work time for it, don't rip people off by using meetings as a guise. Give them genuine opportunity, and watch your culture flourish. 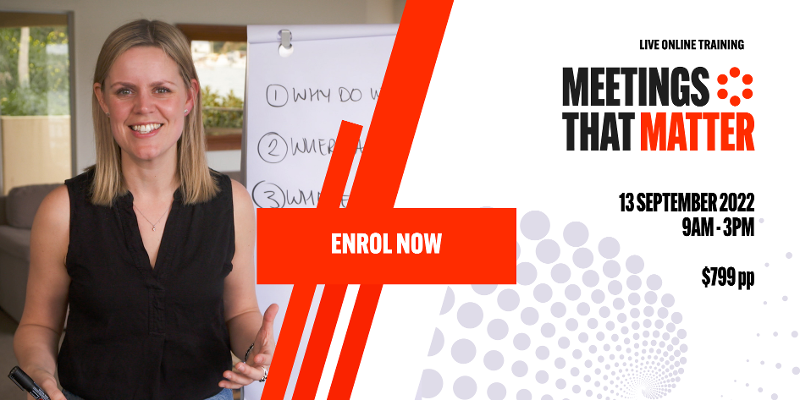 Find Your Why Journey Update #2