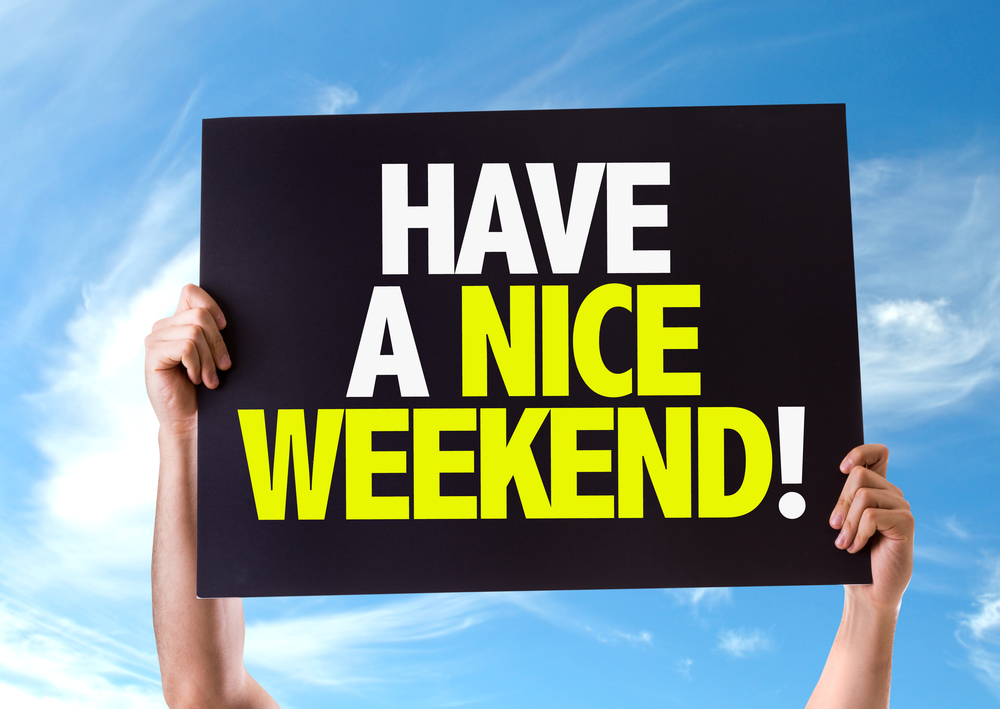 I have a confession to make: I'm suspicious of nice people.

I've always felt ashamed of it, but niceness triggers something in me. My bullshit radar starts pinging and I feel... alone. Less connected to the nice person, rather than validated.

It's a sensitive radar. It might go off in conversation, where someone asks a polite question that feels forced. Or I'll get a text from someone, with too many exclamation marks or friendly emojis, and a weird sense of emptiness sets in.

It's plagued me for years, and I've always thought it was just me. A sign, perhaps, of how inherently not nice I must be. And is there anything worse than a woman who isn't very nice? We're supposed to be kind, polite, nurturing and graceful, after all. To take whatever attention we're given and respond with a demure smile.

I feel it with false flattery too - which is why the classic sucking up tactic doesn't work for my kids when they want something. It gets me off side, rather than softened up. I skim past the conversational foreplay in phone calls, feel annoyed at the hollow pleasantries at the beginning of an email, and tune out of conversations that feel fake.

Why I Find Niceness So Suspicious

But there's an empowering translation, too: going through struggle hones your bullsh*t radar in helpful ways. When you've had to be highly attuned to other people's emotional states for your own safety, you develop a spidey sense for when things aren't right - you can smell inauthenticity a mile away. When you learn to trust that instinct, it can be a very useful mechanism for working out who to rely on, and to what extent.

My intolerance for inauthenticity and frustration with fakery has underpinned a successful career getting to the heart of organisational dysfunction and steered many a strategy back on course. But it's not always popular - especially with people who want to be nice.

The issue of niceness in the workplace has come up with a lot of the people in my programs recently, as we've been tackling issues around boundaries, respect, communication and performance. On Not An MBA, we learn the skills for strategic leadership, so that we can bust out of operational overwhelm and direct our energy and perspective more usefully. This all sounds good on the surface, until people realise they're going to have to let people down, eject themselves from projects and value their bandwidth differently - all of which can be terrifying to the compulsively nice among us.

Based on the conversations I've been having with others, and after digging deeper into some of my own instincts, I've drawn a controversial conclusion: niceness can be a serious problem, especially at work.

Here's seven reasons why being nice is a problem, to help you reconsider your polite programming (or to potentially feel better about your personal lack of niceties.)

A lot of what we consider 'nice' behaviours are ingrained cultural codes that feel like objective judgements. "Good manners" are a clearer tell of someone's family background than they are of personal character, and when we don't interrogate the origin of what we find rude, we can unknowingly privilege people who came from the 'right' kind of families. In general, those families are middle class, white and socially validated. In short: we're reinforcing existing dominance and excluding those that don't fit the mould, to everyone's detriment. This kind of homogeneity constrains innovation and creates huge blind spots that can be catastrophic for sustainable performance.

Not only that, but many of our cognitive shortcuts for trustworthiness are culturally specific. When we make snap judgements based on these shortcuts, we might be doing more harm than good. Maintaining eye contact, for example, is considered polite in many Western cultures, but aggressive and disrespectful in many Eastern societies. These ideas can also be challenging for the neurodiverse, who may experience social interactions quite differently and may appear to be rude or disengaged when they're simply processing their environment through a different lens.

When these small differences add up over the course of a lifetime or career - from job interview competency through to social cues, aligned hobbies and common language - we can accidentally perpetrate a deep divide that leads to huge discrepancies in opportunity, promotions, income and quality of life.

Nice people are responsive. They're helpful, courteous and attentive. These are all positive qualities on paper, but the shadow side can be dangerous. When we have our responsiveness and helpfulness rewarded consistently, we can feel backed into a corner when we need to say no or establish boundaries around our time and energy. Without the skills to push back, many professionals find themselves overworked, frustrated and resentful, with a bulging email inbox, impossible to-do list and a staggering weight of extra commitments.

Setting boundaries requires intention, education and practice - it isn't an inherent skill. If you've established a reputation on the basis of your niceness, it can feel impossible to decline requests for help or refuse to attend an event, for fear of being rude or damaging relationships.

The data is clear on this one: sustainable compassion requires clear boundaries. Without the skills and confidence to set your own limitations, you're on the fast-track to burnout.

When we feel pressured or obliged to be pleasant and accommodating - because of cultural norms or personal programming - it can be difficult to express healthy disagreement or conflict. When our feelings are hurt or our boundaries are crossed, we've got two options: let it out, or let it fester. These things don't go away. Our bodies keep the score, and if letting it out doesn't feel possible, we keep that discontent inside, until it manifests as stress, sadness, anxiety or loneliness.

The impact of that repression isn't just toxic for our personal health. Relationships without an outlet for honest and respectful communication can only ever remain shallow and, over time, they become increasingly difficult to feel good about. Quality connection requires honest emotional communication, even when those feelings are challenging to raise. If you're too focused on being nice, you're curtailing the potential of your personal and professional relationships and cheating yourself out of the joy of belonging.

The standards we hold for ourselves and others are not applied equally across the gender continuum. People who present as female carry the weight of deeply embedded expectations that are often invisible and internalised. Women are socialised to be nice from the very beginning, encouraged to ignore our own needs and put those of others first. Young girls are implored to “ask nicely” and “be nice,” putting the comfort of others ahead of our own. Over time we come to accept this, and find exceptions to those ideas rude and uncomfortable.

In general, men have far greater latitude to set boundaries, state their opinions and have confidence in the worthiness of their contribution. We forgive assertiveness, gruffness and even aggression in male leaders, often valorising it as "strong leadership" while the same behaviours, expressed in smaller degrees, feel off-putting in our female colleagues. Men are strong, women are hard. Men have conviction, while women are b*tches. Men are clear, while women are difficult.

When we value niceness too highly, we can be blind to how unequally we apply these standards, creating work environments where men receive more accolades and have more opportunity for advancement.

People that are too responsive because they "want to be nice" set themselves up for overcommitment, which will ultimately backfire. When we say yes to too many things, we make an unconscious decision that we'd rather let someone down later than be honest with them today. When we fail to deliver, we negatively impact other people's efforts, create a reputation for flakiness and erode trust, connection and productivity across the board.

It's always far better to be realistic about capacity at the beginning it is to make last minute changes to deadlines or ghost people out of shame and panic.

One of the most dangerous ways niceness appears in every day life is when we bend the rules or ignore red flags from a misguided sense of kindness or to bolster people's opinion of us. When I'm out walking with my children, it's important to me that cars don't slow to let us cross the road or stop to let us pass, so they don't accumulate inaccurate ideas about road safety that might put them in danger later in life. The same is true for giving way at intersections - people that let you go, even though they've got right of way, make the road less safe for all of us.

These safety risks can also carry grave consequences. A culture that expects niceness, especially in women, makes it unsafe for us to reject unwanted advances or call out problematic behaviour without facing the threat of aggression or violence. We accept hugs we don't want, tolerate 'compliments' that make us feel uneasy and, when faced with sexual assault or rape, will often capitulate to keep ourselves safe. Because men have been programmed to expect us to be nice ('Smile more, you look much prettier!), the potential cost of speaking up is real, and it's too high. Niceness is putting us in real physical danger.

Bold ideas - the ones that change the world, transform companies or provoke social progress - are rarely thought of as nice. Any idea worth having is going to offend or exclude someone along the way, and if the prospect of doing that feels like anathema, your potential for impact is low.

Nice is bland. Nice is boring. Nice is afraid to offend anyone, or leave anyone out, so isn't specific or unique enough to be of value to anyone. We waste time and effort making sure we've covered all our bases and as a result, we aren't compelling to the customers, friends or employees we most want to reach or serve.

When people don't speak up in meetings, call our flaws and assumptions or tell us what they really think in an effort to be nice, the quality of our work suffers and the likelihood of successful implementation drops off a cliff. Alignment is more important than agreement, but it requires authenticity to achieve.

In my strategy work, one of the most frustrating and common barriers I find is an unwillingness to focus or make trade-offs. Because we're afraid to narrow our attention to where we'll have the most impact we spin our wheels at the operational coalface, diluting our effort across too many projects, marketing to too many different demographics and juggling too many different plates, while our goals move further out of reach. Clear strategy isn't nice. Transformational change isn't nice.

Nice is a mediocre goal for any strategy, plan or campaign - you'd never put it in your vision, so why retain it as a value?

Weighing Up The Cost of Niceness

Being nice is a dangerous game. Taken too far, we pay a personal cost, damage relationships, jeopardise our safety, perpetrate inequality and hamstring our impact.

To be very clear: I'm not against compassion, service, empathy or kindness. I teach my children manners, I value courtesy and I believe in helping others, especially people who find it difficult to help themselves. But like all positive traits, there's a shadow side to being nice.

If the cost of niceness is inauthenticity, weak connection, inequality, burnout and weak results then quite frankly, I'd rather you weren't so nice after all.

Find Your Why Journey Update #2